﻿ The Story of Maths - The Genius of the East
Philosophy

The Story of Maths - The Genius of the East 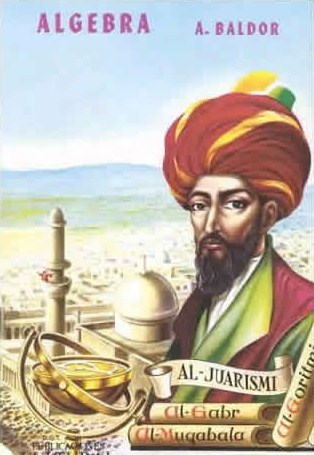 Our ordinary conception of the history of maths (did I just sound British?) is that it started in Egypt and Babylon, got perfected in Greece, and then very little happened for centuries until Europeans took the baton and got things going again. And now we bestow all kinds of honors and accolades upon a bunch of dead white men for their incredible contributions.

What we normally fail to realize, however, and as the following documentary nicely shows is that while we in the West fell asleep at the wheel for many centuries, various cultures in the East were laying down the foundations and developing intellectual advances without which those dead white Europeans could not have made their remarkable discoveries, at least those that hadn't already been made by our Eastern brethren...

I was surprised and charmed by many of these stories, and if you're as ignorant and curious as me, I think you'll enjoy the show too :)

And if the Palace of Wisdom whet your appetite, check out the lovely Bethanny Hughes narrate the fantastic documentary When the Moors Ruled Europe.
.


- Is The Euro Necessary For A Peaceful Europe?
One of the arguments you hear for the German willingness to extend itself to bail out Greece, Italy, Spain, Portugal, and Ireland is that the Eurozone is not just a monetary union for the sake of financial advantage. The integration of Europe serves a...

- Neil Degrasse Tyson: Why The Cosmos Shouldn't Make You Feel Small
As you probably know, Carl Sagan's famous documentary series Cosmos is getting what I hope will be an impressive update/extension this year. Obviously, Sagan won't be narrating the documentary, so astrophysicist Neil deGrasse Tyson, who was actually...

- Adam Savage - How Simple Ideas Lead To Scientific Discoveries
We live in a world in which we presuppose as a given that great scientific discoveries require the existence of great, expensive technological equipment: lasers, the Large Hadron Collider, microscopes, computers, the Hubble and Kepler telescopes, synchrotrons,...

- Cosmos: Traveller's Tales
Humans like to travel. We are driven to discovery by an instinct of curiosity we simply can't fight. We did it in previous centuries, eventually populating every corner of the globe, and we are still doing it now, visiting and studying planets that...

- A Larger Piece Of Pi--tau
"'Tau day' marked by opponents of maths constant pi" by Jason Palmer Science June 28th, 2011 BBC News The mathematical constant pi is under threat from a group of detractors who will be marking "Tau Day" on Tuesday. Tau Day revellers suggest...