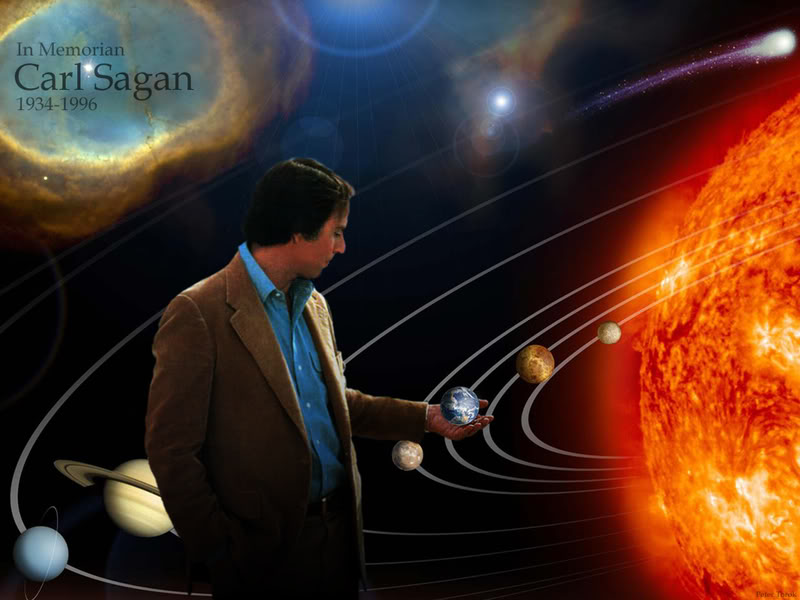 Humans like to travel. We are driven to discovery by an instinct of curiosity we simply can't fight. We did it in previous centuries, eventually populating every corner of the globe, and we are still doing it now, visiting and studying planets that just a few centuries ago seemed to be nothing more than pretty lights in the infinitely distant sky.

Drawing on the history of human travel, and concentrating on the social and political conditions that gave rise to the intellectual progress made in Holland during the beginning of the Enlightenment with figures like Huygens and Leeuwenhoek, not to mention all the great thinkers who found refuge for their daring and revolutionary new ideas there, Carl Sagan meditates on the lessons we can still learn today about how to ensure the continuation of our own intellectual and scientific success. This, of course, is all part of his classic documentary series, Cosmos.


If you want to learn more about the fascinating story behind the golden records carried on the Voyager missions, check out this amazing RadioLab interview with Anne Druyan, Carl Sagan's widow.

And if you're thinking the name Leeuwenhoek sounds familiar, it's probably because you learned about his discovery of sperm here.
.


- Neil Degrasse Tyson: Why The Cosmos Shouldn't Make You Feel Small
As you probably know, Carl Sagan's famous documentary series Cosmos is getting what I hope will be an impressive update/extension this year. Obviously, Sagan won't be narrating the documentary, so astrophysicist Neil deGrasse Tyson, who was actually...

- Cosmos - The Lives Of Stars
If you want to make an apple pie from scratch, Carl Sagan famously argued, you must first invent the universe, and for that, you're going to need stuff. But where does the matter that make up the cosmos come from? How is it created? If all matter...

- Cosmos: Travels In Space And Time
Continuing his exploration of the Cosmos, Carl Sagan takes us today on an exploration of interstellar and time travel, the likes of which no human being has ever actually experienced so far. In order to explain this idea, and after giving a quick lesson...

- Carl Sagan - Pale Blue Dot
Carl Sagan would have turned 75 yesterday. I can't help but wonder what the state of the world and our general attitude toward science would be today without his courageous quest to popularize science and inspire skepticism, critical thinking and...

- "cosmos: A Spacetime Odyssey"...a Review
Overall, the program was a dismal failure. It wasn't even an hour long being interrupted by dozens of commercials. Why didn't PBS pick up on this science program? I like Neil deGrasse Tyson but his presence as narrator simply failed to illuminate...