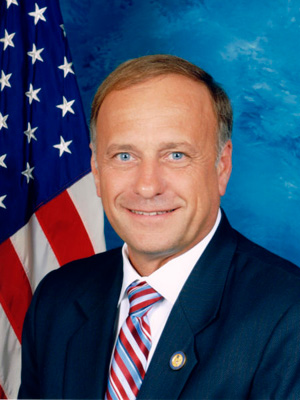 One could argue that it takes major balls to make the claim that minorities (like blacks and native Americans) owe reparations to white people for past injustices (like the cost of slavery), but a better argument might be that what it takes is a complete lack of a functioning brain.

Thankfully, Stephen Colbert knows how to put things in perspective:

The Colbert Report
Get More: Colbert Report Full Episodes,Video Archive
To be fair, King is sympathetic to the plight of some people:

the ridiculously wealthy (who incidentally, are almost exclusively white):

The Colbert Report
Get More: Colbert Report Full Episodes,Video Archive
What the hell kind of people voted this douche into office?!?
.


- Patricia Churchland On The Colbert Report
One of the challenges many of Stephen Colbert's guests have, even those who are super educated and smart, is being able to deal with the speed of his wit and sophistry. Of course, philosophers from the time of Socrates have learned how to deal with...