Patricia Churchland on The Colbert Report 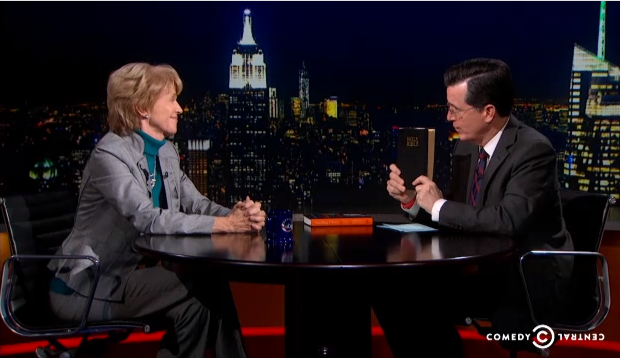 One of the challenges many of Stephen Colbert's guests have, even those who are super educated and smart, is being able to deal with the speed of his wit and sophistry. Of course, philosophers from the time of Socrates have learned how to deal with sophistical arguments, so when neurophilosopher Patricia Churchland visited Stephen last week, what we got was just a lot of awesome fun and the always cool lessons about faithfulness and infidelity among voles :)

- A.c. Grayling On Colbert
Philosopher A.C. Grayling (whom you've seen debate along with Richard Dawkins against the notion that atheism is the new fundamentalism), has just come out with a secular bible. His book tour just had him land for a visit with Stephen Colbert, who...