﻿ The Genius of Britain - Episode 1
Philosophy

The Genius of Britain - Episode 1 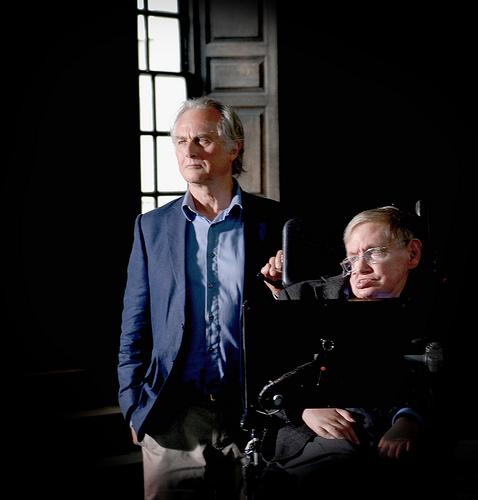 The scientific revolution represents one of the most exciting developments of our species' history, replacing the old traditions of dogma, authority, superstition and fear with the promise of true understanding, reason, knowledge and freedom. The Greeks had attempted this once before, but their amazing intellectual progress was obfuscated by the Roman conquest and the subsequent dominion of Christianity that would bring in the Dark Ages.

While the scientific revolution took place in various countries, it should come as no surprise that the BBC would want to pay particular recognition to the British men and women whose minds and discoveries helped shape the modern world, and to get this tribute started, they have brought in some of Britain's current big guns: Stephen Hawking, Richard Dawkins, David Attenborough, Robert Winston, Jim Al-Khalili and others.

This first episode tells the incredible and astonishing story of a small group of friends, colleagues and enemies (Christopher Wren, Robert Boyle, Robert Hooke, Edmond Halley and Isaac Newton) who, with the aid of their unquenchable curiosity, inexhaustible industry, rigorous thinking and astonishing ingenuity, would produce discoveries and develop theories that defied virtually everything that was known about the world at that time. These events are told in the context of the appearance of a strange object moving across the sky in the winter of 1,664...

To learn more about the birth, history and influence of The Royal Society, you might want to listen to this fascinating four-part series of In Our Time, with Melvin Bragg.
.


- Standing On The Shoulders Of Giants
This famous phrase, made famous by Sir Isaac Newton, and celebrated ever since, may have been a public attempt at modesty and historical gratitude that was sure to endear him to, and inspire, subsequent generations of natural philosophers, but it may...

- Lecture 2 - Introduction To Modern Philosophy
After a brief introduction to ancient philosophy and the intellectual revolution started by Galileo and Descartes in the 17th century, Professor Millican begins to provide a concise and fascinating summary of the intellectual developments and questions...

- The Genius Of Britain - Episode 3
After exploring the birth of the scientific revolution as it took place in England, and tracing the consequences of that revolution as they manifested in and helped fuel the industrial revolution, today's episode of this fascinating documentary series...

- Matthew Taylor - 21st Century Enlightenment
While demonstrating and overcoming the intellectual and practical shortcomings of dogma, tradition, authority and oppression prevalent in the Middle Ages, the Enlightenment brought about a fantastic intellectual, social and political revolution, as well...

- Robert Hooke...1703
Robert Hooke July 18th, 1635 to March 3rd, 1703 Robert Hooke, an English natural philosopher, died March 3rd, 1703. Hooke made his own microscopes and rendered fine illustrations of what he observed. Hooke did not get along well with his contemporary...