﻿ Standing on the Shoulders of Giants
Philosophy

Standing on the Shoulders of Giants 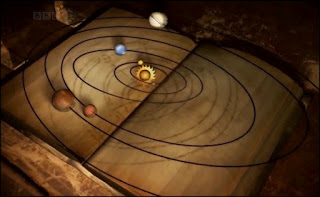 This famous phrase, made famous by Sir Isaac Newton, and celebrated ever since, may have been a public attempt at modesty and historical gratitude that was sure to endear him to, and inspire, subsequent generations of natural philosophers, but it may also have been a little bit of an underhanded insult to Robert Hooke, just the kind of thing Newton would do when his gigantic and fragile ego was wounded if anyone dared to question some of his ideas...

Still, the phrase has taken on a life of its own, and it is now used to describe the incredible scientific and technological progress that has taken humanity to the unique position of being able to question its own origin and place in the universe, and to actually start to answer those questions, change its environment, make its dreams more ambitious and then make those dreams come true. The following captivating video is a beautiful celebration of the cumulative knowledge and insight we've gained about ourselves and the universe in only a few centuries, and the amazing feats we've accomplished as a result, by standing on the shoulders of giants:

- Dream Interpretation
Last night I dreamed that I was playing in a pick-up basketball game against a young Carol Burnett. I could rebound over her, but she was in my face and I couldn't get off a good shot. What did it mean? Did it mean anything? There is a long tradition...

- Richard Dawkins & Lawrence Krauss - Something From Nothing
One of the most persistent intuitions we humans rely on when thinking about the question of the origin of the universe is captured by the latin phrase ex nihilo nihil fit, which can be roughly translated as "nothing comes from nothing," so where did everything...

- The Genius Of Britain - Episode 1
The scientific revolution represents one of the most exciting developments of our species' history, replacing the old traditions of dogma, authority, superstition and fear with the promise of true understanding, reason, knowledge and freedom. The...

- Robert Hooke's "micrographia..."
I offer this for two reasons: To become familiar with Robert Hooke and to present the text in a new and cool electronic presentation--a "flip book". Robert Hooke (1635-1703) was an artist, biologist, physicist, engineer, architect, inventor and much...