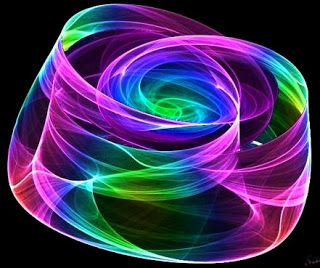 Is there a clear distinction or some vague gray area between theology and philosophy in the postulation of "truths"...not necessarily the "universal truths" of strictly science of another topical discussion, but the epistemology of sentient beings embracing phenomena that science cannot explain: Those insights in the nature of individuals, beings as a whole, and the structure of the universe as a species relates. Is it possible that, as Stephen Weinberg states, that science is non-sympathetic when it comes to species interactions; that "truths" are nothing but the execution of science laws and it is specifically the practices of theology/philosophy to add the ethical concepts--to add the dimension of the meaning of life? Is it really that mutually separate? Can there be a bridge between the two areas of "truth"? Consider Einstein's statement: "I believe in Spinoza's God who reveals Himself in the orderly harmony of what exists, not in a God who concerns himself with fates and actions of human beings.'' Granted that is a focused statement regarding just one aspect of a "theology and philosophy"; that the existence of a supreme being is an integral element of "theology and philosophy"--active or not. But it does embrace something that science can neither prove or disprove. As a species that is aware of our environment and others and realizing that science is a descriptive function of the way that this species understands the universe independent of ethics do the two disciplines have equal and separate or overlapping status and a legitimate right to a comprehensive epistemology?

As an example of the sterility and lack of passionate feelings of science consider the August 25th, 1955 broadcast of Tom Goodwin's short story entitled "Cold Equations" [August 1954 issue of Astounding Science Fiction] on NBC's X Minus One science fiction radio series [episode #15] whereby the relevance of a person's life is impossible to successfully balance with the mathematics and physics of a rescue mission. Granted there is more to the story than a simple equation that satisfies the balance of weight and fuel to complete the mission such as an ethical dilemma to decide the fate of one individual against the fate of several, but the fulcrum of the decision has to do with the stowaway and what the parameters of the physics of the mission supply. Here there is no ...superscience deus ex machina to produce a happy ending.

"In space, life becomes a cold equation, and the equal sign is often followed by ... death! I know, I'm the pilot of an EDS."

"The law of gravitation was a rigid equation and it made no distinction between the fall of a leaf and the ponderous circling of a binary star system. The nuclear conversion process powered the cruisers that carried men to the stars; the same process in the form of a nova would destroy a world with equal efficiency. The laws were, and the universe moved in obedience to them. Along the frontier were arrayed all the forces of nature and sometimes they destroyed those who were fighting their way outward from Earth. The men of the frontier had long ago learned the bitter futility of cursing the forces that would destroy them, for the forces were blind and deaf; the futility of looking to the heavens for mercy, for the stars of the galaxy swung in their long, long sweep of two hundred million years, as inexorably controlled as they by the laws that knew neither hatred nor compassion.

The men of the frontier knew -- but how was girl from Earth to fully understand. H amount of fuel will not power an EDS with a mass of m plus x safely to its destination. To himself and her brother and parents she was as sweet-faced girl in her teens; to the laws of nature she was x, the unwanted factor in a cold equation."

And from "The Ascent Of Wonder: The Evolution Of Hard SF":

"Here is one of the most popular and controversial hard sf stories of the last fifty years, a story that stacks the deck and then plays with the reader's emotions with carefully juxtaposed cliches that imply a deus ex machina - then frustrates that false expectation......Godwin's story angered many readers when it appeared in the fifties, nearly all of whom wanted the problem solved by violating some scientific principle or law."

A simple plot with huge implications. On a distant planet are a group of men troubled with a killer disease who will perish unless life-saving medication is delivered promptly. Back on Earth a one man crew is established supplied with the medicine and calculated fuel for delivery--right down to the last molecule. There is no room for error or excess baggage. Meanwhile, there is a young lady on Earth whose husband is one of the infected men and decides to stowaway on the space ship to see her husband. In route and near the plagued planet the pilot discovers her presence and unfortunately informers her that the science of the expedition is unshakeable and that she must be eliminated. Thus she is jettisoned into space to satisfy the "Cold Equations".

"It was not yet time to resume deceleration and he waited while the ship dropped endlessly downward with him and the drives purred softly. He saw that the white hand of the supplies closet temperature gauge was on zero. A cold equation had been balanced and he was alone on the ship. Something shapeless and ugly was hurrying ahead of him, going to Woden where its brother was waiting through the night, but the empty ship still lived for a little while with the presence of the girl who had not known about the forces that killed with neither hatred nor malice. It seemed, almost, that she still sat small and bewildered and frightened on the metal box beside him, her words echoing hauntingly clear in the void she had left behind her: "I didn't do anything to die for - I didn't do anything.""


- We May Never Know Everything
"Explain It to Me Again, Computer" What if technology makes scientific discoveries that we can’t understand? by Samuel Arbesman February 25th, 2013 Slate When scientists think about truth, they often think about it in the context of their own work:...

- S. Hawking Is Moving Closer To Philosophy
"Stephen Hawking tackles Creation on 'Curiosity'" by Dan Vergano July 31st, 2011 USA TODAY The most famous scientist in the world, Stephen Hawking, has never avoided the big questions, from the nature of time to the fate of the universe. But...

- Michael Shermer--comments On "reductionism"
A good essay on why, in part, "reductionism" in physics fails. "Sacred Science: Using Faith to Explain Anomalies in Physics" Can emergence break the spell of reductionism and put spirituality back into nature? by Michael Shermer June 24th, 2008 Scientific...

- "star Trek" And Cultural Relativistic Ethics
Gene Roddenberry...a cultural relativist [no absolutes]? It has been stated in many places that Gene Roddenberry embraced the varieties of all cultures that "[By the 23rd century, we] will have learned to take a delight in the essential differences between...

- Ethics: Robots, Androids, And Cyborgs
There may come a time when robots, androids, and cyborgs will be more than science fiction and develop "intelligence" and with intelligence comes decision-making, freedom, responsibility--ETHICS. One of the local television stations last night dug into...