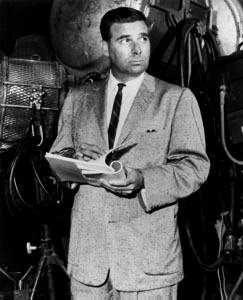 Gene Roddenberry...a cultural relativist [no absolutes]? It has been stated in many places that Gene Roddenberry embraced the varieties of all cultures that "[By the 23rd century, we] will have learned to take a delight in the essential differences between men and between cultures. [We] will learn that differences and attitudes are delight, part of life's exciting variety, not something to fear." I think this is quite evident in many episodes of the Star Trek saga and such a philosophy is even expressed in the Federation's bylaws--non-interference with alien cultures. This position is well expressed in the ethics of the late University of Alabama's Professor James Rachels who proposed six points of ethics; hence, to be part of cultural relativism. And they are:

2.) There is no objective standard that can be used to judge one societal code better than another.

3.) The moral code of our own society has no special status; it is merely one among many.

4.) There is no "universal truth" in ethics - that is, there are no moral truths that hold for all people at all times.

6.) It is mere arrogance for us to try to judge the conduct of other peoples. We should adopt an attitude of tolerance toward the practices of other cultures.

"The Ethics of Star Trek"

The actual directive is full of ethical issues and to cite a current one is one episode from Enterprise. The primary story line involves an inferior species that is somehow genetically doomed to extinction [a scientific problem in itself]. Through the research of Doctor Phlox a remedy is developed. Nows here is the ethical dilemma: Should Captain Archer provide the materials for the salvation of the sentient [and inferior--no warp drive technology] beings. The "Prime Directive" dictated his decision. Was this an error? I think so. Parallel ethical philosophy on Earth would be unimaginable. Can one imagine wealthy and prosperous countries withholding economic, medical, and educational elements to our own species? No way! It would be our duty to assist other members of the species Homo sapiens and other different species. Now, it would appear that the "Prime Directive" needs to be quantified more in say a definition of consciousness.

Any thoughts about this or any aspects of the ethics of Star Trek. Cite as many episodes of the Star Trek phenomena as you like for support.

- If You Grew Up In The Manson Family, It Doesn't Matter That You Were Brought Up That Way
Since we're on a roll of what ethics isn't. Might as well pull out cultural relativism, as well. Where ethical subjectivism contends that an act x is morally right for person P if and only if P thinks it is right, cultural relativism holds an...

- Old--new "star Trek" Philosophy
Lal I have not seen the new Star Trek and probably won't. I have seen the movies of the past and the television "spin offs"...not impressed by the theatrical films; impressed by the likes of Star Trek: Next Generation especially concerning "The Borg"...

- Colonization Or Contamination?
Is this really an issue. Contamination cannot be avoided. Maybe contamination of a foreign environment is not necessarily a bad thing. Is it just a matter of interpretation and perspective. Maybe this is the way the potential of life is spread throughout...

- Space Ethics
Tied to the previous post is the much broader question of "space ethics". It will happen...mankind will explore the universe; we will visit other solar systems and planets and hopefully encounter other beings. What sort of criterion should be established...