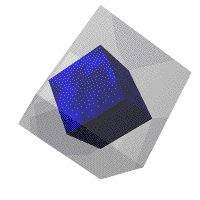 It's here to stay and far reaching possibilities already realized and for the future too: "Virtual Reality" technology. It's entertainment and a wonderful educational tool. I can't respond to the entertainment side for I don't get involved in the gaming part, but from an educational perspective there is a wealth of positive interaction. It shouldn't be used as a substitute for "real" experience but as an amendment or "in addition to". A couple of examples come into mind such as "flight simulators" and many of the sciences. My days in college are totally alien to current practices. Students used "grams" and real laboratory apparatus for experiments; bench top physics experiments ruled for every student, we all had frogs to dissect--now, everything is measured on the micro scale, bench top practices have disappeared to be performed by the professor, and there is the "virtual" frog. Now, some of this is good and stems from economics, safety, liability, environmental, etc. But, in the final analysis, there is no substitution for the "hands on" actual performance of scientific experiments. You achieve a "feel" for the experimental process: The set up of the procedure, the careful examination of the experiment in progress, cautionary clues of awareness, the sense of hearing, sight, and smell. None of the "virtual reality" science programs allow the sounds of physics experiments, the smell of hydrogen sulfide, the sting of a drop of nitric acid on the skin, or the pungent aroma of the formaldehyde preservative. Perhaps in the future all sensory experience will be available. Interesting to note that in the Fall 2004 of Sieman's Corporation report "Picture of the Future" is an article on "virtual reality"--"Living Mentor" by, Arthur F. Pease. This involves the use of hiptic gloves, 3D headsets, and navigation devices. It is dubbed as the "Center for Living Memory" whereby many venues may be explored. The specific example [Professor Carnadine's pet project] was a visit to an Egyptian room where there was complete interfacing and interlacing of the participants with the "virtual reality" scene: Objects were held with utmost reality, coffins opened and mummies came to life, and, best of all, there was dialog with Ramses II's principal wife Queen Nefertari [ca. 1290 B.C.] Real...you believe it? A simulated encounter in 2035...sorry, not yet available. Beyond the entertainment factor, what do you think of "virtual reality" as an educational tool?


- The Allegory Of Truman
The Allegory of the Cave Travis Larkin Book VII outlines the most famous metaphor in the novel and philosophical writings in our human history. The allegory of the cave is this metaphor, it tells of a dark scene in which a group of people has been living...

- Trapped In Virtual Reality
Nick LaClair Book Seven of The Republic of Plato clearly illustrates the classic metaphor of someone being blinded from reality, and then revealed to a unfamiliar new world. We see this as the subjects have lived in the cave their entire life, completely...

- Resolution Of Moral Dilemmas
"Driving Over Your Best Friend: It’s the Right Thing to Do" Life is full of moral dilemmas, and a new study shows we may be better at resolving them than we think by Jeffrey Kluger January 15th, 2014 Time You’d find it easier than you think...

- The Old Moral Dilemma Question With A Twist And Additions
Adding the virtual element to an old ethical question makes the issue more complex and as I see it incomplete. The decision to kill one or five must be drawn to a conclusion...the results of the death[s] must be virtual too in all of its anatomical gore....

- Babette Babich...philosophy And Technology
“The question of technology is one of the most important questions in all of philosophy because we, as human beings, live with technology and live on its terms. Something like the Internet is so immediate to us … so intimate in our lives, that we...