Strange world of "publish or perish" 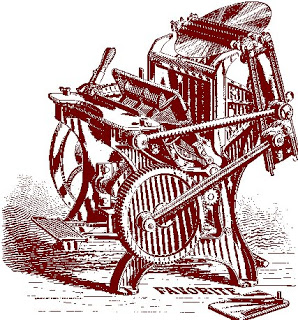 Many years ago when in graduate school one of the hot academia topics was "publish or perish" covering all the disciplines of the academic world: From Socrates to Einstein; Medieval reed instruments to high energy physics. Publishing was cool for the university: Status and external sponsors like the Federal Government, private enterprise, or individual philanthropic endeavors. Talk about stress. Interdepartmental memos cascaded from the chairman of the philosophy department to urge the professors to start writing "that" book or "monograph" that would shine some limelight and draw attention. Discretely hinted was the threat of loss of tenure or no pay raise. So, nervous professors jump started their somewhat lackadaisical posture and honed their writing skills, combed their egos, researched--and wrote that book. Result: Very little...for the book or monograph was publish by the university press and wound up stuffed on a dusty library shelf. There may have been peer approval, but little significance resulted. And the university was temporally placated. Today, the same situation still exists and I suspect in the realm of science that "publish or perish" was been replaced by "profit or perish"--the driving engine is dollar acquisition and, of course, status.

This appears to be a more complex issue than suspected. The following is a an umbrella article dealing with the dissemination of published scholarly materials via libraries and the electronic medium. Venues and areas of research are dividing and subdividing while costs of accessing this material is increasing--some as much as 350%.

Writing science books for the populace may not fall under the perspective of "publish or perish" but the display of the material can be crucial. Most citizens are not familiar or comfortable with the mathematics of physics--or any of the science for that mater and are somewhat put off and bored. It may even make them put the book down indicating only 12 worn pages or repeated reading in an attempt to make an understanding. How many pages does one have to read to say comfortably..."Yes, I have read the book." Stephen Hawking is a prime example of a publisher's admonitions. But for Hawking, it wouldn't make much difference anyway. Hawking was warned that for every equation included in his text [A Brief History of Time] the sales would be halved. Hawking acquiesced but added only one equation: "E=mc²". The books sales soared and I doubt that if Hawking included Maxwell's equations of electromagnetism or the Euler equation that sales would have slumped.


- Stephen Hawking At Perimeter Institute
Prestige more than science. "Ontario institute finally gets Stephen Hawking" by San Grewal June 5th, 2010 Toronto Star Talk about winning the brain-drain wars. Ontario has landed what may be the best one in the world. After years of waiting and academic...

- S. Hawking To Canada
Is this publicity or real research? "Hawking Plans Research at Center Started by BlackBerry Founder" by Greg Quinn November 27th, 2008 Bloomberg.com Stephen Hawking, a U.K. physics professor known for his work on black holes, plans to study at a...

- Job Application...lucasian Professor Of Mathematics
This is the title page to the English version of Isaac Barrow's Geometrical Lectures, which were originally given in his position as Lucasian Professor of Mathematics at Cambridge University. These lectures contain one of the earliest statements...

- Stephen Hawking's Warnings
I don't think these protestations and warnings from Stephen Hawking will do any good. His clout has diminished and when it comes to money....money usually wins. "Stephen Hawking warns Government over 'disastrous' science funding cuts" by...