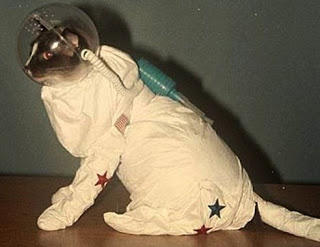 Take a breather from the Mars rovers Spirit and Opportunity, Cassini, New Horizons, etc. and consider the future of something totally different in the form of recreational space activities. Is it feasible for millions of people to enjoy only what a select few now experience. There have been isolated situations where millionaires hop aboard a Russian spaceship and stay for a while at the ISS. Initially, would it be possible to offer low orbit trips or build a hotel in the sky for a weekend adventure? Romance in zero gravity? A few hours in a space suit, tethered to the space station, just floating and looking? Long range situations are just that...long range, but low orbit vacations may not be that far away.

And of course the pesky, ubiquitous attorneys will be present to spoil everything.

"The Legal Regime for Private Activities in Outer Space"

Space hotels? Sure. I wonder what R. Buckminster Fuller, Frank Lloyd Wright, or Antoni Gaudí would have contributed.

"Space Tourism/Personal Spaceflight for you ..."

- "low Orbit Space Tourism" Poll
Would you participate in low orbit space tourism? No...3 Yes...1 I see no value in this adventure--way too expensive....

- "manned Space Travel" Poll
"Given the expense, complexity, and uncertainty of mankind traveling in space, should such enterprises be suspended and greater relevance be placed on unmanned instruments to garner data and knowledge." I am a bit surprised by the results...4 [50%]...

- Rocky Jones, Space Ranger
Hollingsworth Morse gave us "baby boomers" a taste of science fiction in the early 1950's. It's naïveté was inconsequential...as long as there was plenty of action/adventure. Stereotypes were exploited: Cool Captain Rocky Jones, silly sidekick,...

- Nasa Budget Appeal This 2008
It's the season to petition congress with rhetoric to garner renewal and more funding for NASA projects. Below are five speeches given on May 7th, 2008 before congress's Senate Hearing on Reauthorizing the Vision for Space Exploration by Frederick...