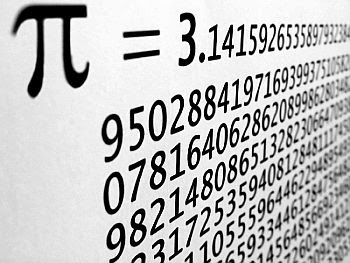 In Science magazine a while back an article about the latest attempts to calculate pi to the umpteen zillionth decimal place made a passing reference to a curious Oklahoma law. It said Oklahoma legislators had passed a law making pi equal to 3.0. I also remember Robert Heinlein in one of his novels mentioning that Tennessee had passed a similar law. Did either of these states ever pass such a law? Are they still on the books? What are the penalties if I proclaim that pi equals 3.14159...?

...the state in question was Kansas, leading him to believe the whole thing was made up by big-city sharpies having a little fun at the expense of the rustics. However, with the help of Joseph Madachy, editor of the Journal of Recreational Mathematics, I've learned the story does have a germ of truth to it.

It happened in Indiana. Although the attempt to legislate pi was ultimately unsuccessful, it did come pretty close. In 1897 Representative T.I. Record of Posen county introduced House Bill #246 in the Indiana House of Representatives. The bill, based on the work of a physician and amateur mathematician named Edward J. Goodwin (Edwin in some accounts), suggests not one but three numbers for pi, among them 3.2, as we shall see. The punishment for unbelievers I have not been able to learn, but I place no credence in the rumor that you had to spend the rest of your natural life in Indiana.

Just as people today have a hard time accepting the idea that the speed of light is the speed limit of the universe, Goodwin and Record apparently couldn't handle the fact that pi was not a rational number. "Since the rule in present use [presumably pi equals 3.14159...] fails to work ..., it should be discarded as wholly wanting and misleading in the practical applications," the bill declared. Instead, mathematically inclined Hoosiers could take their pick among the following formulae:

(2) The area of a circle equals the area of a square whose side is 1/4 the circumference of the circle. Working this out algebraically, we see that pi must be equal to 4.

There may have been other values for pi as well; the bill was so confusingly written that it's impossible to tell exactly what Goodwin was getting at. Mathematician David Singmaster says he found six different values in the bill, plus three more in Goodwin's other writings and comments, for a total of nine.

Lord knows how all this was supposedly to clarify pi or anything else, but as we shall see, they do things a little differently in Indiana. Bill #246 was initially sent to the Committee on Swamp Lands. The committee deliberated gravely on the question, decided it was not the appropriate body to consider such a measure and turned it over to the Committee on Education. The latter committee gave the bill a "pass" recommendation and sent it on to the full House, which approved it unanimously, 67 to 0.

In the state Senate, the bill was referred to the Committee on Temperance. (One begins to suspect it was silly season in the Indiana legislature at the time.) It passed first reading, but that's as far as it got. According to The Penguin Dictionary of Curious and Interesting Numbers, the bill "was held up before a second reading due to the intervention of C.A. Waldo, a professor of mathematics [at Purdue] who happened to be passing through." Waldo, describing the experience later, wrote, "A member [of the legislature] then showed the writer [i.e., Waldo] a copy of the bill just passed and asked him if he would like an introduction to the learned doctor, its author. He declined the courtesy with thanks, remarking that he was acquainted with as many crazy people as he cared to know."

The bill was postponed indefinitely and died a quiet death. According to a local newspaper, however, "Although the bill was not acted on favorably no one who spoke against it intimated that there was anything wrong with the theories it advances. All of the Senators who spoke on the bill admitted that they were ignorant of the merits of the proposition. It was simply regarded as not being a subject for legislation."

- Cq, Cq, Cq...amateur Radio Operators Are Concerned
Does the government own the broadcast spectrum? "Ham radio operators concerned about losing band" by Didi Tang and Malia Rulon USA TODAY Ham radio enthusiasts nationwide are concerned about a bill in Congress that they say would limit their ability...

- Nasa's Future
Maybe it is time to be realistic and turn NASA over to private enterprise. "House, Senate have different ideas for NASA's future" Commercial funding axed; no extra shuttle launch in plan by Bart Jansen July 21st, 2010 FLORIDATODAY.COM A House committee...

- The House Negates Digital Delay
I missed this one. I wonder how many lobbyists are mopping their sweaty brows with a smile on their faces. I bet PBS was there twisting arms. "House fails to pass DTV delay bill" by John Wallace January 28th, 2009 Reuters WASHINGTON--The House of Representatives...