﻿ Ogle female undergraduates at The University of Colorado--DON'T
Philosophy

Ogle female undergraduates at The University of Colorado--DON'T 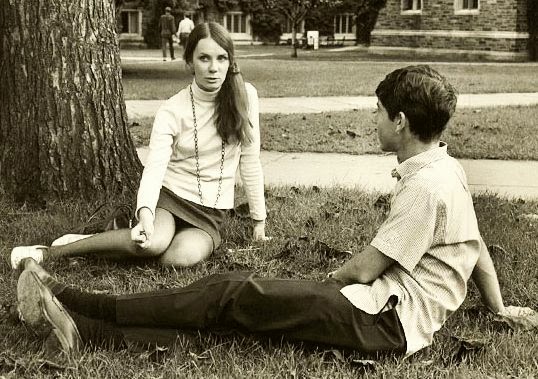 "Something Fishy in Colorado"
by
Ben Cohen
February 7th, 2014
American Thinker
Following a "site visit" by a team from the American Philosophical Association's "Committee on the Status of Women," The University of Colorado at Boulder announced they were replacing the head of the philosophy department and instituting mandatory sensitivity training for the faculty. According to the university, they took these measures to improve the climate for women in the philosophy department. The University of Colorado at Boulder also released the report by the "site visit" team that formed the basis for their decision, but the actual contents of the report do not support the allegations against the department or the schools decision. In fact, the report contains so little substance that it should be approached not just with skepticism but suspicion.

If the report had contained a large number of unconfirmed allegations of misconduct it would be appropriate to greet it with skepticism, ("we don't have all the facts, so let's not rush to judgment"), but the report contains less than that. To support their claim that the Philosophy department maintained an environment with "unacceptable sexual harassment, inappropriate sexualized unprofessional behavior, and divisive uncivil behavior," they furnished only a single unsubstantiated allegation; an allegation that, even if it were true, would not justify their description of the philosophy department. The singular allegation was that male faculty members had ogled female undergraduates.

The desire to protect the privacy of faculty and students is easy to understand, but doesn't explain the absence of other specific examples. The report could have described allegations without revealing the identity of those involved, as it did with "ogling," instead it provides nothing. What it lacks in substance it makes up for in bombast, "The reputation of the CU Boulder Philosophy Department as a place extremely unfriendly to women is well known in philosophical circles and among prospective graduate students." If the philosophy department at CU Boulder really is a globally notorious swamp of sexual harassment then it should be easy to find more than one example of it.

While it would be unwarranted to dismiss the allegations due to the thinness of the report, the thinness itself warrants suspicion. The report doesn't present allegations unsupported by evidence, it doesn't even present specific allegations of misbehavior, aside from ogling. Further, if the authors of the report know of other allegations they have no plausible reason not to strengthen their report by citing them. This leads one to the conclusion that they don't actually know of any other specific allegations. Sometimes absence of evidence really is evidence of absence.

- Back To Business...sort Of--cu-boulder Philosophy Department
"In wake of report, CU-Boulder philosophy department gathers to look ahead" Outside facilitator to discuss climate with faculty by Sarah Kuta April 11th. 2014 Boulder Daily Camera Two months after the release of a divisive independent report about the...

- The Plot Thickens...cu-boulder Philosophy Professor Banned From Campus
"CU-Boulder philosophy professor on leave, barred from campus" by Sarah Kuta March 6th, 2014 Daily Camera The University of Colorado this week placed associate philosophy professor Dan Kaufman on leave for unspecified reasons and barred him from the...