﻿ NASA and the Internet Archive
Philosophy

NASA and the Internet Archive 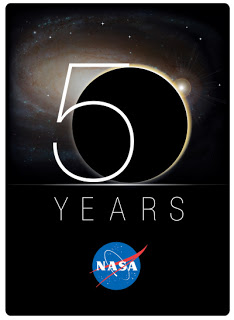 This is a good marriage of NASA photographs and a growing repository of knowledge. The Internet Archive is a HUGE collection of books, music, still images, audio, and motion pictures that have expired copyrights and fallen into public domain. It is a noble effort and fraught with problems. I have used this venue a lot and experienced technical issues and items that just disappear with no explanation. Many vintage foreign feature films are offered for a short time and then are withdrawn such as Akira Kurosawa's The Men Who Tread On the Tiger's Tail, Stray Dog, Rashomon, Ikiru, and Sanjuro. Categorizing items is a mess and difficult to find such as Polish experimental short films. It is encouraging to discover many old texts on the sciences and illustrated scientific catalogs. Given time, these and many other issues will be resolved.

Space Travel
NASA and Internet Archive, a non-profit digital library based in San Francisco, made available the most comprehensive compilation ever of NASA's vast collection of photographs, historic film and video Thursday.

The Internet site combines for the first time 21 major NASA imagery collections into a single, searchable online resource. A link to the Web site will appear on the NASA home page.

The Web site launch is the first step in a five-year partnership that will add millions of images and thousands of hours of video and audio content, with enhanced search and viewing capabilities, and new user features on a continuing basis.

"This partnership with Internet Archive enables NASA to provide the American public with access to its vast collection of imagery from one searchable source, unlocking a new treasure trove of discoveries for students, historians, enthusiasts and researchers," said NASA Deputy Administrator Shana Dale.

"This new resource also will enable the agency to digitize and preserve historical content now not available on the Internet for future generations."

Through a competitive process, NASA selected Internet Archive to manage the NASA Images Web site under a non-exclusive Space Act agreement, signed in July 2007. The five-year project is at no cost to the taxpayer and the images are free to the public.

"NASA's media is an incredibly important and valuable national asset. It is a tremendous honor for the Internet Archive to be NASA's partner in this project," says Brewster Kahle, founder of Internet Archive.

"We are excited to mark this first step in a long-term collaboration to create a rich and growing public resource."

The content of the Web site covers all the diverse activities of America's space program, including imagery from the Apollo moon missions, Hubble Space Telescope views of the universe and experimental aircraft past and present. Keyword searching is available with easy-to-use resources for teachers and students.

Internet Archive is developing the NASA Images project using software donated by Luna Imaging Inc. of Los Angeles and with the generous support of the Kahle-Austin Foundation of San Francisco.


- 38,000 Maps Online
A map from Joseph and James Churchman's 1833 volume "Rudiments of National Knowledge, Presented To The Youth Of The United States, And To Enquiring Foreigners". "Oh the Places You'll Go: 38,000 Historical Maps to Explore at New Online Library"...

- A Real Copy Of Every Book
"Internet Archive Starts Backing Up Digital Books … on Paper" by Jon Stokes June 14th, 2011 Wired If you want real long-term backups of digitized e-books, then look no further than dead-tree. At least, that’s the consensus of the Internet Archive...

- Internet Archive Expands Services
The Internet Archive is a huge repository of books, films, music, NASA images, television and now will be offering another service for the disabled. May 19th, 2010 More than doubling the number of books available to print disabled people of all ages,...

- "youtube"...venue For Instruction And Knowledge?
Frankly, it has great potential. It offers the ability for students and non-students [the general public] to witness college lectures for free. They can be viewed over and over, sometimes down loadable, and even embedded [as done here at POSP]. In...