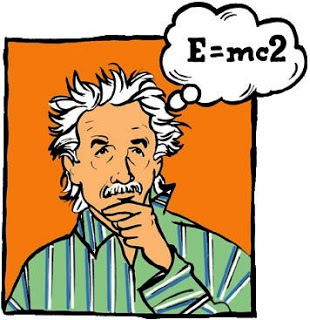 Has anyone ever heard of Olinto De Pretto ? History of science scholarship by Umberto Bartocci [Professor of Mathematics at the University of Perugia, Italy] has revealed that the famous equation [E=mc2] attributed to Einstein was published two years prior to Einstein's publication in 1905 in an Italian journal ["Reale Istituto Veneto di Scienze, Lettere ed Arti" (The Veneto Institute of Science, Letters and Proceedings) on February 27th, 1904 by Olinto De Pretto entitled "Ipotesi dell’etere nella vita dell’universo" (Hypothesis of the Essence of the Universe). Is this the making of an urban myth or the truth? It is difficult to determine for even though the Italian journals are available, they haven't been translated and I certainly don't read Italian. Furthermore, the elements of this material is potential for a miniseries on the "Discover" channel: Olinto De Pretto..."In 1921, a year before Einstein received the Nobel Prize, De Pretto was shot dead, murdered by a woman over a business dispute." Einstein was fluent in Italian and could have see the publication. True or not, it is interesting to read the cadre who wish to debunk Einstein for whatever their group or personal agendas may be. Does it really make much difference whether Einstein culled previous information to condense that data into more meaningful statements? It may well be true that there is over emphasis placed on one individual to arrive at the published conclusions in 1905 and better historically to acknowledge the contributions [including his wife Mileva] of predecessor's input. Umberto Bartocci has written a book about all of this.


- Albert Einstein's Methodology
Abstract... This paper discusses Einstein's methodology. The first topic is: Einstein characterized his work as a theory of principle and reasoned that beyond kinematics, the 1905 heuristic relativity principle could offer new connections between...

- Bad Hairday For Einstein?
Abstract: Two important and unpleasant events occurred in Albert Einstein’s life in 1920: That August an antirelativity rally was held in the large auditorium of the Berlin Philharmonic, and a few weeks later Einstein was drawn into a tense and highly...

- Einstein...3.14...birthday
Well, Albert Einstein's birthday will be on March 14th and, as being the most popular and probably most famous physicist, it is fitting to review some of the selections on Einstein somewhat early. Annus mirabilis-1905 March is a time of...

- Einstein--family
Family life in a nutshell. Einstein had two wives and three children and one step child. His fist wife was Mileva Marie and she bore him a daughter Lieserf out of wedlock around 1902. The daughter was put up for adoption and all traces of her has disappeared....