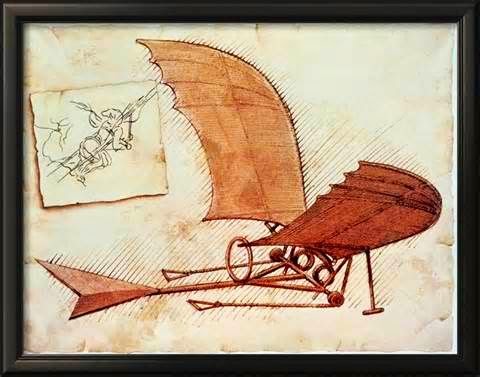 "Drone Ethics is Easy"
by
Mike LaBossiere
May 16th, 2014
The Philosophers' Magazine
When a new technology emerges it is not uncommon for people to claim that the technology is outpacing ethics and law. Because of the nature of law (at least in countries like the United States) it is very easy for technology to outpace the law. However, it is rather difficult for technology to truly outpace ethics.

One reason for this is that any adequate ethical theory (that is, a theory that meets the basic requirements such as possessing prescriptively, consistency, coherence and so on) will have the quality of expandability. That is, the theory can be applied to what is new, be that technology, circumstances or something else. An ethical (or moral) theory that lacks the capacity of expandability would, obviously enough, become useless immediately and thus would not be much of a theory.

Another reason that technology would have a hard time outpacing ethics is that an ethical argument by analogy can be applied to a new technology. That is, if the technology is like something that already exists and has been discussed in the context of ethics, the ethical discussion of the pre-existing thing can be applied to the new technology. This is, obviously enough, analogous to using ethical analogies to apply ethics to different specific situations (such as a specific act of cheating in a relationship).

Naturally, if a new technology is absolutely unlike anything else in human experience (even fiction), then the method of analogy would fail absolutely. However, it seems somewhat unlikely that such a technology could emerge. But, I like science fiction (and fantasy) and hence I am willing to entertain the possibility of that which is absolutely new. However, it would still seem that ethics could handle it—but perhaps something absolutely new would break all existing ethical theories, showing that they are all inadequate.

While a single example does not provide much in the way of proof, it can be used to illustrate. As such, I will use the matter of “personal” drones to illustrate how ethics is not outpaced by technology.

While remote controlled and automated devices have been around a long time, the expansion of technology has created what some might regard as something new for ethics: drones, driverless cars, and so on. However, drone ethics is easy. By this I do not mean that ethics is easy, it is just that applying ethics to new technology (such as drones) is not as hard as some might claim. Naturally, actually doing ethics is itself quite hard—but this applies to very old problems (the ethics of war) and very “new” problems (the ethics of killer robots in war).

Getting back to the example, a personal drone is the sort of drone that a typical civilian can own and operate—they tend to be much smaller, lower priced and easier to use relative to government drones. In many ways, these drones are slightly advanced versions of the remote control planes that are regarded as expensive toys. The drones of this sort that seem to most concern people are those that have cameras and can hover—perhaps outside a bedroom window.

Two of the areas of concern regarding such drones are safety and privacy. In terms of safety, the worry is that drones can collide with people (or other vehicles, such as manned aircraft) and injure them. Ethically, this falls under doing harm to people, be it with a knife, gun or drone. While a flying drone flies about, the ethics that have been used to handle flying model aircraft, cars, etc. can easily be applied here. So, this aspect of drones has hardly outpaced ethics.

Privacy can also be handled. Simplifying things for the sake of a brief discussion, drones essentially allow a person to (potentially) violate privacy in the usual two “visual” modes. One is to intrude into private property to violate a person’s privacy. In the case of the “old” way, a person can put a ladder against a person’s house and climb up to peek under the window shade and into the person’s bedroom or bathroom. In the “new” way, a person can fly a drone up to the window and peek in using a camera. While the person is not physically present in the case of the drone, his “agent” is present and is trespassing. Whether a person is using a ladder or a drone to gain access to the window does not change the ethics of the situation in regards to the peeking, assuming that people have a right to control access to their property.

A second way is to peek into “private space” from “public space.” In the case of the “old way” a person could stand on the public sidewalk and look into other peoples’ windows or yards—or use binoculars to do so. In the “new” way, a person can deploy his agent (the drone) in public space in order to do the same sort of thing.

One potential difference between the two situations is that a drone can fly and thus can get viewing angles that a person on the ground (or even with a ladder) could not get. For example, a drone might be in the airspace far above a person’s backyard, sending back images of the person sunbathing in the nude behind her very tall fence on her very large estate. However, this is not a new situation—paparazzi have used helicopters to get shots of celebrities and the ethics are the same. As such, ethics has not been outpaced by the drones in this regard.  This is not to say that the matter is solved—people are still debating the ethics of this sort of “spying”, but to say that it is not a case where technology has outpaced ethics.

What is mainly different about the drones is that they are now affordable and easy to use—so whereas only certain people could afford to hire a helicopter to get photos of celebrities, now camera-equipped drones are easily in reach of the hobbyist. So, it is not that the drone provides new capabilities that worries people—it is that it puts these capabilities in the hands of the many.


- Is Governance A Subfield Of Ethics?
Machiavelli's The Prince was a watershed work. Before it, discussions of governance were considered to be governed by the rules of ethics, that the way one should govern was completely determined by how one should act. Machiavelli made it a pragmatic...

- When Is Good Enough, Good Enough?
The deep questions are often not the technical, complex ones, but the simple ones that challenge the technical complex answers that arose from earlier "simple" questions. In grad school, I was very lucky to study ethics with Susan Wolf, a philosopher...

- Somebody Please Explain Situational Ethics To Me
One of the bogeymen of the right is "situational ethics." I will admit that I haven't a clue what it is they mean. Some mean ethical relativism, and that has its own set of problems, but others clearly intend something else and I'm not sure what...

- Barry Schwarts On Aristotle And Practical Wisdom
In his famous Nicomachean Ethics, the ancient philosopher Aristotle argued that ethics is not an exact science, and that looking for mathematical precision in such a discipline is bound both to fail and to distort ethics itself. Instead of thinking of...