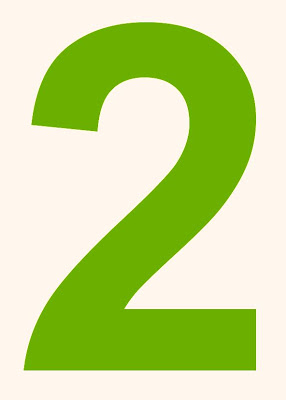 "Should Colleges Ban Double Majors?"
by
Kayla Webley
January 31st, 2013
Time
Tucked in a list of suggested reforms issued last week for how U.S. colleges could increase graduation rates is a recommendation that schools “narrow student choice” in order to promote completion. It’s an interesting idea — one that seems to go against the notion of college as a place to explore options and experiment with courses in divergent fields — that is all the more curious since it is included in an open letter from the nation’s six leading higher-education organizations.

“Sometimes we create a culture of dancing for more years than you have to, rather than getting out the door,” said Gordon Gee, president of Ohio State University and chairman of the National Commission on Higher Education Attainment, which issued the Jan. 24 letter. ”I think institutions have a responsibility to reset that balance.”

The recommendation, along with the commission’s less surprising exhortations to create more flexible schedules and make it easier for students to transfer credits from one institution to another, is being put forth in an effort to improve the country’s dismally low college completion rate: just 58% of students who enroll in bachelor’s degree programs at four-year institutions graduate within six years and only 30% of students who enroll in certificate or associate’s degree programs at two-year institutions complete their degree within three years. But are double majors or an overabundance of academic options a big reason why so many students are getting off track?

The commission’s letter highlights a recommendation made by a task force at the University of Texas at Austin to bar students there from majoring in two subjects unless they can complete all the coursework requirements in four years. A second example cited in the letter details how Tennessee’s state technical schools are giving students fewer choices about which classes they can take to get a particular degree. The technical schools also mandated that students finish their degree within a fixed period of time. With these changes in place, many more students ended up completing degrees and in much less time, which is why the state board of regents has decided to bring the model to Tennessee’s 19 community colleges as well.

“We are hoping to achieve a sea change in our student culture (from “more is more” to “on time”),” the task force UT-Austin said in a report issued last February. “Students who do not complete a bachelor’s degree by the beginning of their ninth long semester will be ineligible for dual degree, double major, or certificate programs: Only one degree (and one major) will be awarded — even if the student successfully completes the requirements for additional degrees, majors, programs.”

UT-Austin has not yet restricted double majors, but the mere suggestion is noteworthy at a time when it is increasingly common for students to pursue multiple majors. According to the U.S. Department of Education, the percentage of students who double-major jumped 96% between 2000 and 2008, the most recent year for which data is available. And although the total number of double majors is still small, accounting for only 5.5% of all undergrads in 2008, as many as 40% of students at some colleges are pursuing more than one major, according to a forthcoming report titled Double Majors: Influences, Identities & Impacts from the Curb Center for Art, Enterprise and Public Policy at Vanderbilt University. The trend is particularly evident at selective schools. “Students are seeking a competitive advantage in the job market,” said Steven Tepper, associate director of the Curb Center and co-author of the study. “Many double-major students feel it is not enough to have a college degree — they need to further distinguish and differentiate themselves.”

Whether a second major actually makes a student more attractive to an employer is unclear — little data exists on the subject — but either way, some in the higher-education community are beginning to question whether schools ought to push students in a different direction. “I don’t know if I would go as far as to say we should restrict students, but I think there has to be some work at the institutional level to make sure students understand why they plan on double-majoring and whether it’s really a smart idea,” said Michelle Asha Cooper, president of the Institute for Higher Education Policy, which was not one of the organizations that signed the open letter. “They might not understand that it may delay graduation, may cost additional money and may give them an extra heavy course load. We need to make sure someone in the institution has had a conversation with them to make sure they understand the pros and cons.”

Even Tepper, who says double-majoring has a “huge positive impact” for some students, thinks college administrators need to be more involved. “Universities allow double majors to happen and have stood by while this trend has,” he said. “Institutions should help their graduates be more intentional about their choices.”

At the same time, however, Tepper says his research does not suggest that students who double-major are more likely to drop out of college. He also found that having an additional major increases the time it takes to earn a degree only slightly, if at all. Of the 1,700 students surveyed for the report, 14% of double majors who were currently in their fourth year of college said they planned to be enrolled the following year compared to 12% of single majors. “[Many students] have been packing their resumes since eighth grade and so they know how to balance multiple commitments,” Tepper said. At UT-Austin, where the suggestion was made to eliminate double majors, students with an additional major are actually more likely to graduate. The task force report showed 69% of students with double majors graduate in four years as opposed to 60% of single majors. (To be sure, this does not suggest colleges should push more students into a second major as a way to increase college completion, but rather that those students who choose to double-major may be more motivated to begin with.) Either way, the task force noted, “Taking a double major does not slow time-to-degree.”

So why, then, are prominent figures in the higher-education community promoting the idea of narrowing student choice?

“I’m not sure that the word ‘narrow’ is quite the right word, it’s clarity that we’re really trying to achieve,” said Gee after embarking on a media tour to promote the letter. “I believe very strongly in the liberal arts education. We don’t want to take away those options. We want to provide clarity to students for how they can get through the system much faster — that would be the way that I would put it.”


- Philosophy: Not Dead And May Be Beneficial...personally And Economically
"Study of philosophy makes gains despite economy" by Jeff Gammage October 15th, 2011 Philly.com Shannon Maloney had already earned a degree in mechanical engineering, but she returned to Lehigh University for a fifth year to complete a second major...

- End Of Physics Degree At Tennessee State University
Well, I suppose this is the smart thing to do and it does affect other programs. "TSU's dumping of physics degree came down to numbers" Program graduated only 23 in 10 years by Jennifer Brooks June 17th, 2011 tennessean.com For Tennessee State...

- College Dropouts
I don't think any of this is new except for the numbers. Students are quite fluid and follow other ventures. "Community colleges not preparing California's future workforce, study says" Seventy percent of students seeking degrees at two-year...

- Colleges/universities--proposed Changes
I am not so sure about this proposition. If simple vocational interests are desired then go to a proprietary school specializing in paralegal, HVAC, or similar programs...you don't need to study Thomas Hardy or Jean-Paul Sartre, But then there are...

- Universities And Umbrella Majors
"Nationally, the most popular major chosen by college students is business, according to statistics compiled in 2006 by the U.S. Department of Education." Is this really the material for higher education and better suited for specialized institutions....