﻿ An Iron Core For The Sun And More?
Philosophy

An Iron Core For The Sun And More? 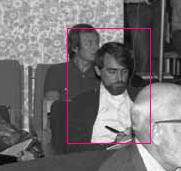 Dr. Oliver Manuel
Copyright
American Institute of Physics
Did you ever want to challenge established cosmological standards? Dr. Oliver Manuel, professor emeritus of nuclear chemistry at the University of Missouri at Rolla, Missouri has done just that for nearly 40 years. So what is this challenge to traditional cosmological thought? Think "sun"; think "iron" and the result is our sun having an iron core instead of the accepted notion of our sun being a gaseous mass of hydrogen and a further statement that our solar system is the result of the explosion of a supernova--not the sun.

I have been considering the following for some time principally to illustrate that despite an abundance of empirical evidence a proposed model of a particular hypothesis can still fall short of wide acceptance. A lot of radical models of scientific investigation fail to meet the requirements of sound science and are usually attributed to unqualified individuals and just plain “bad science”. Anyone can say anything and throw in a few formulas and empirical data--twisted and construed in bizarre structures to make some bold controversial postulate. The particular case that I have in mind stems from a reputable individual of strong academic background and an abundance of hard-core scientific data to analyze.

The particular case is one that concerns Oliver Manuel and his bold cosmological statement that our solar system is a product of just one star and not many stars: More heterogeneous than homogeneous. This stance is derived from meteorite data--spectrographic analysis of element isotopes. His data extrapolation yielded an odd idea that the standard concept of the sun is outdated and that it should embrace the new idea that the center most part of the sun is “iron”-based and not “hydrogen”-based. In a nut shell his model states that some 4.5 billion years ago the solar system was the by-product of a super nova and that the sun is the core remnant of the stellar explosion. That is totally different from the standard accepted position that our solar system was more likely formed from condensing gas clouds.

His position was spawned by his data collected regarding various element’s isotopes mixed with known data regarding the earth’s distribution of isotropic elements and their abundance compared to meteoric analysis and some strange hypothetical conjectures of Jupiter’s atmosphere. Further thought concluded that the planets closer to the sun are the heavy rocky debris [iron rich goodies]--including the sun’s core. Okay, this rocks the boat a bit in that the accepted model for many years has drawn the conclusion that the sun is mostly a hydrogen ball undergoing regular fusion--hydrogen to helium and huge quantities of released energy. Manuel believes that the surface is chiefly composed of hydrogen and the core is composed of heavier elements such as iron and the layered representation is a function of an elements mass. There is a problem here in that the energy required to change iron to hydrogen [and thus float to the surface] would be greater than the energy released. The situation becomes exasperated when Manuel claims some odd physics of neutrons and protons.

Ironically, some of Manual’s earlier data collection regarding isotope concentrations has yielded a position by many that the solar system is a composition of multiple supernova--heterogeneous. Nevertheless, the model that Oliver Manuel has proposed is radical and yet scientific. Consensus among his peers is that Manuel is not a crackpot though he does irritate many and his scientific methodology is sound. Models are models and are subject to modification and rejection. In this case, modification may be more the norm than outright rejection.


- Juno Ready To Launch...off To Jupiter
This is what NASA does best. "NASA probe poised for launch to Jupiter" by Irene Klotz July 28th 2011 Reuters A NASA satellite was hoisted aboard an unmanned Atlas 5 rocket at Cape Canaveral Air Force Station Wednesday in preparation for launch next...

- Messenger And Mercury
"The Littlest Planet Gets a Close-Up Look" by Michael D. Lemonick March 18th, 2011 Time It took six years and six gravity assists from three different planets to get there, but at a little after 9 p.m. Eastern time on Thursday, March 17, NASA's...

- Solar Probe+...2018
I wonder if this will affect Dr. Oliver Manuel's hypotheses? An Iron Core For The Sun And More? "Solar Probe+ to Plunge Directly into Sun's Atmosphere" by Tony Phillips September 2nd, 2010 NASA NASA's daring plan to visit the sun took a...

- "peking Man's" Age--how Science Works
This is a good working example of how science works...that it is for the most part a venue of discovery and change...much like the standard view that the sun's core is a gaseous mass of hydrogen and challenged by 40 plus academic years of study by...