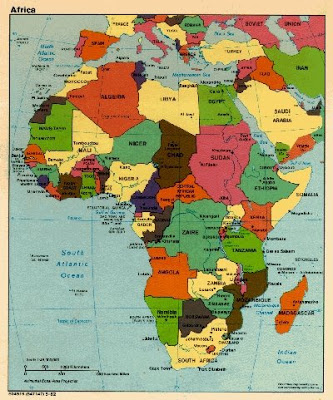 A new postgraduate centre for maths and computer science has opened in the Nigerian capital of Abuja as part of an ambitious plan to find the "next Einstein" in Africa. The centre is providing advanced training to graduate students from across Africa in maths and related fields. It wants to attract the best young African scientists and nurture their talents as problem-solvers and teachers.

The new Nigerian centre is modelled on — and has close ties with — the African Institute for Mathematical Sciences (AIMS) in Cape Town, South Africa, which was set up in 2003 by the Cambridge University cosmologist Neil Turok. In recognition of the close ties with AIMS, the new centre is called AIMS (Abuja).

The plan is to set up another 15 AIMS-type centres across Africa over the next five years. Each centre will be run as a partnership with AIMS and AIMS (Abuja), plus one or more local universities. The centres will host students from across Africa but focus on particular branches of mathematical science.

New centres are planned for countries including Ghana, Madagascar, Sudan and Uganda — and they will join the African Mathematical Institutes Network (AMI-Net), which was created in 2005.

One wish to change the world

Turok, who was born in South Africa, wants to raise an endowment of $150m, which would allow 50 graduates to be supported at each of the 15 centres over the next five years. He has so far raised $2.7m after giving a talk earlier this year at the annual TED (technology, entertainment and design) conference in California, where he was one of three people to win a $100 000 TED prize. Each winner is obliged to give a talk that includes their "one wish to change the world", which for Turok was for the next Einstein to come from Africa.

AIMS (Abuja) is based at the African University of Science and Technology (AUST), which also opens this month. Focusing on engineering, materials science, computing as well as petroleum and natural-gas engineering, it has been funded by the World Bank and the Nigerian government. The plan is for AUST to eventually have up to 5000 students.


- Stephen Hawking At Perimeter Institute
Prestige more than science. "Ontario institute finally gets Stephen Hawking" by San Grewal June 5th, 2010 Toronto Star Talk about winning the brain-drain wars. Ontario has landed what may be the best one in the world. After years of waiting and academic...

- "another Einstein?" Poll
Will there ever be an iconic figure like Einstein again? Yes...6 No...1 Perhaps...3 Hard to predict, but I doubt it. Einstein was historically in the right place at the right time. Einstein was part of the Classical Age of Physics, explained a far reaching...

- Hawking--england Or Canada...makes No Difference
This appears to be "much ado about nothing". I am not sure of the purpose of this whole story. Sure, Hawking is annoyed about the state of the sciences in England but some of that has been rectified. Hawking has obtained iconic status, like Einstein,...

- Philanthropy And Science
Philanthropy and science. The need for and reasons why are more complex than one would think. Tune into just about any PBS science program and there will be a verbal and/or visual list of sponsors--from the well known corporate institutions to private...

- Hawking, Einstein, Africa
I understand the overall idea here and it is good, but on the other hand from a deeper epistemological issue is this not fostering Einstein-type physics...empirical evidence set aside? I think they mean merely a brilliant individual of the sciences....