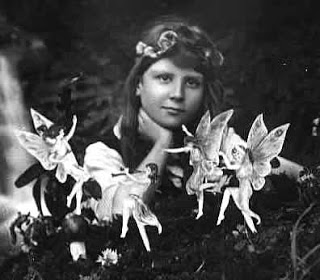 I am sure you will agree that most of the so-called paranormal material is focused on entertainment and the acquisition of bucks. That doesn't mean that there aren't events that are truly “odd or unusual”--beyond the range of current knowledge of understanding. It’s that the limitations of current knowledge just doesn't fathom such events. That doesn't mean that they are “spooky” or involve “mysticism” and the like. They are simply events we don't understand or comprehend and may never comprehend. There may be subconscious activities that can assimilate environmental phenomena so rapidly and draw a conclusion that it appears not normal in the usual cognitive process; some people are good guessers and employ keen intuition and can give the appearance of having something “extra”. But, for the most part, it is trickery. Your comment “I know that a lot of people will not get involved in this research because of fear of being called a "nut" or a "crank".” can be detrimental and should not be adopted for serious inquiry should be performed. One is not a “nut or crank” when certain events are scrutinized for accuracy and authenticity--that is just doing “good science”--sifting through the chaff to find the wheat. Fortunately, it is the critical and astute that can blow the fluff away and expose the abundant nonsense involving the paranormal. It’s interesting to note that many of those that believe in and promote paranormal activities invariably resort to a common logical fallacy--”argumentum ad ignorantiam ”. They make a statement and claim it is true and shift the burden to others who cannot disprove, thus the original statement is true by virtue of the absence of negative truth. Yes, physics and all related sciences should be involved.

Even the highly creative are subject to paranormal and all the attachments. Sir Arthur Conan Doyle was no exception [Sherlock Holmes, Professor Challenger, etc.]. The following is a little know aspect of historical spiritualism and occult that he believed in and much later disproved, but still an interesting story none the less.

"The Case of the Cottingley Fairies"

"The case of the Cottingley fairies"

""There are Fairies at the Bottom of our Garden..."
Sir Arthur Conan Doyle and the Case of the Cottingley Fairies""


Do you think that there is some mystical forces behind the paranormal or does it just need closer examination in order to be explained by physics? (or maybe it would need "new" physics). Should physicists be active in this line of research? I know that a lot of people will not get involved in this research because of fear of being called a "nut" or a "crank". Should attitudes change?

"Skirmishes on the wild side of science"

"In order to ground my approach to the study of paranormal phenomena, I first explain my operational approach to physics, and to the “historical” sciences of cosmic, biological, human, social and political evolution. I then indicate why I believe that “paranormal phenomena” might - but need not - fit into this framework. I endorse the need for a new theoretical framework for the investigation of this field presented by Etter and Shoup at this meeting. I close with a short discussion of Ted Bastin’s contention that paranormal phenomena should be defined as contradicting physics."


- Dowsing...believe It If You Wish To
A curious phenomena of detecting things of value especially water by a stick-like device. Paranormal, junk science? Dowsing [Wikipedia]...

- Amusing...physicist Bumped From Conference
"He didn't see that coming, or did he?" by Matthew Reisz April 29th, 2010 TAL Education An extraordinary spat has broken out after a Nobel prizewinning physicist was "uninvited" from a forthcoming conference because of his interest in the paranormal....

- Center For Inquiry
[Note: The following is not an endorsement.] Their general statement: A Global Federation Committed to Science, Reason, Free Inquiry, Secularism, and Planetary Ethics The purpose of the Center for Inquiry is to promote and defend reason, science, and...